The first line tells you that the source code is written for Solidity version 0.4.0, or a newer version of the language up to 0.5.0. This is to ensure that the contract is not compilable with the current EVM version in TomoChain.

A contract in the sense of Solidity is a collection of code (its functions) and data (its state) that resides at a specific address on the TomoChain blockchain. The line uint storedData; declares a state variable called storedData of type uint (unsigned integer of 256 bits). You can think of it as a single slot in a database that you can query and alter by calling functions of the code that manages the database. In this example, the contract defines the functions set and get that can be used to modify or retrieve the value of the variable.

To access a state variable, you do not need the prefix this. as is common in other languages.

This contract does not do much yet apart from allowing anyone to store a single number that is accessible by anyone in the world without a (feasible) way to prevent you from publishing this number. Anyone could call set again with a different value and overwrite your number, but the number is still stored in the history of the blockchain. Later, you will see how you can impose access restrictions so that only you can alter the number.

The following contract implements the simplest form of a cryptocurrency. The contract allows only its creator to create new coins (different issuance schemes are possible). Anyone can send coins to each other without a need for registering with a username and password, all you need is a TomoChain private key.

This contract introduces some new concepts, let us go through them one by one.

The line address public minter; declares a state variable of type address. The address type is a 160-bit value that does not allow any arithmetic operations. It is suitable for storing addresses of contracts, or a hash of the public half of a keypair belonging to external accounts.

The keyword public automatically generates a function that allows you to access the current value of the state variable from outside of the contract. Without this keyword, other contracts have no way to access the variable. The code of the function generated by the compiler is equivalent to the following (ignore external and view for now):

You could add a function like the above yourself, but you would have a function and state variable with the same name. You do not need to do this, the compiler figures it out for you.

The next line, mapping (address => uint) public balances; also creates a public state variable, but it is a more complex datatype. The mapping type maps addresses to unsigned integers.

Mappings can be seen as hash tables which are virtually initialised such that every possible key exists from the start and is mapped to a value whose byte-representation is all zeros. However, it is neither possible to obtain a list of all keys of a mapping, nor a list of all values. Record what you added to the mapping, or use it in a context where this is not needed. Or even better, keep a list, or use a more suitable data type.

The getter function created by the public keyword is more complex in the case of a mapping. It looks like the following:

You can use this function to query the balance of a single account.

The line event Sent(address from, address to, uint amount); declares an “event”, which is emitted in the last line of the function send. TomoChain clients such as web applications can listen for these events emitted on the blockchain without much cost. As soon as it is emitted, the listener receives the arguments from, to and amount, which makes it possible to track transactions.

To listen for this event, you could use the following JavaScript code, which uses web3.js to create the Coin contract object, and any user interface calls the automatically generated balances function from above:

The constructor is a special function run during the creation of the contract and cannot be called afterwards. In this case, it permanently stores the address of the person creating the contract. The msg variable (together with tx and block) is a special global variable that contains properties which allow access to the blockchain. msg.sender is always the address where the current (external) function call came from.

The functions that make up the contract, and that users and contracts can call are mint and send.

The mint function sends an amount of newly created coins to another address. The require function call defines conditions that reverts all changes if not met. In this example, require(msg.sender == minter); ensures that only the creator of the contract can call mint, and require(amount < 1e60); ensures a maximum amount of tokens. This ensures that there are no overflow errors in the future.

The send function can be used by anyone (who already has some of these coins) to send coins to anyone else. If the sender does not have enough coins to send, the require call fails and provides the sender with an appropriate error message string. 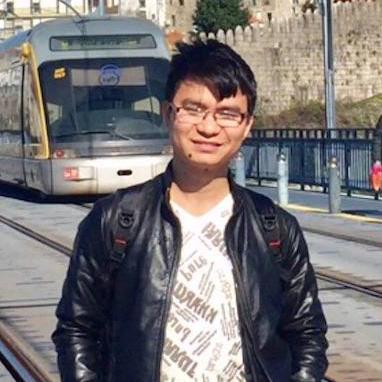